Back in the day, when my friends and I were young and eager to be out sharing poetry and music, the coffeehouse beckoned.

Public, legitimate, no age limits, no alcohol licensing requirement, coffee houses in the Chicago area often had a stage as well, many with hours scheduled for drop in performers on the “Open Mic.”

That our suburban town didn’t have a coffeehouse proved a small deterrent.  We did have church basements, school community rooms, plenty of possible social gathering spots for us to transform with a stage area and a few tables and chairs.  The refreshment didn’t even have to be coffee, though there was usually a pot brewing.  Sometimes a case or two of soft drinks and day old pastries from the Main Street bakery proved sufficient refreshment.  The object was getting together, sharing conversation and music.

“See you at the Coffeehouse tonight?  Jane and Debby are bringing a new song, Mark has a new poem.”

That was in the nineteen sixties, and it wasn’t long after that I hit the college scene and found coffee shops alive and well.  They shared with cafes the public service of providing simple food, drink, and entertainment in towns and cities across the country.  Coast to coast, north to south, the coffee shop served as a community hub, a place to meet people, share news and enjoy live musical and theatrical performances.

While it long has been so that a quiet back table could be a good place to get some reading in, people often head to modern coffee shops to carry on with electronic work outside the office.  Wireless service is almost ubiquitous, making it possible for customers with lap top computers to work at crowded tables and still be almost alone, and for travelers to explore the local brew and catch up on mail.

Conversation? Often minimal and subdued.  Political arguments, fomenting of revolution?  There may be some of that, but quietly, for we have experienced an electronic coup, and things are different now. And it may be, that as small businesses that depends on people gathered in small spaces, things will really be different for coffee shops as the world pandemic rages on.

Perhaps the coffee house will be strengthened by its long life and old foundation. For 500 years people have been drinking coffee in coffee houses,  and the caffeinated power of those conversations impacted earthly human history, no doubt since the very first day the coffee plant was discovered.

No one knows for sure how or where that was, but academic cross discipline study leads to the highlands of Ethiopia to find Coffea Arabica, one of over 100 known varieties of the plant, and the variety that now accounts for most of the world’s coffee production.

Legends about the discovery of coffee describe it as a joyous happening, a dancing event for human and animal.  One of my favorites of the old tales describes an Ethiopian shepherd named Kaldi who noticed his goats were unusually energetic and traced the exuberant behavior to the red cherries they were eating from a wild tree.  Kaldi started eating the cherries, too, and it wasn’t long before everyone was dancing.   I so enjoy imagining Kaldi’s goats leaping and cavorting, as goats will, that I presume to offer one possibility of the image of that scene.

Once discovered, the coffee plant was explored. People have chewed the leaves, chewed the cherries, and used the husks of the cherries to create a drink, called qish’r, sometimes referred to as cherry tea. It is a long way, many steps, from chewing the fruit or steeping the cherry husks to drinking a brew from the roasted seed ground for coffee today and presented in elegant mixes throughout the world.

As in all the realm of agriculture, growing coffee trees requires regular and consistent attention, from planting to harvest.  Trees bloom several times a year, and each bloom makes fruit. The fruit, coffee cherries, must be picked red,  which means that pickers have to work the rows of trees several times a season. I imagined that after a season of picking, this might be the dream vision of the coffee picker.

Looking for information about coffee shops, I came upon BLACK GOLD: The Dark History of Coffee by Antony Wild.  In his entertaining and well written book, first published in 2004, Wild gives us a narrative that touches on horticulture, coffee processing, social development and political history, not forgetting to mention that coffee in world trade depended from the start on slave labor.

While pointing out that much of the popular history of coffee has little basis in fact, Antony Wild repeats the legendary story of the shepherd Kaldi and his dancing goats,  and then he tells about a Sufi alchemist Gemaleddin in the early 1400s.

“Gemaleddin,” Wild recounted, “encouraged his disciples to drink qish’r and it became part of the Sufi ritual, but, versed as he was in the mysterious science of alchemy, he continued to experiment and was struck by the enormous changes that took place in the rejected stones at the heart of the coffee cherry when they were roasted on a pan. These pale green, tasteless, and unpromising beans transformed into brown polished nuggets with an overwhelmingly delicious aroma and a bitter but alluring flavor when ground and boiled. The change to the coffee bean represented on a physical level the transformations that Sufism wrought upon the human soul, and the fact that coffee enabled adherents to remain awake during their night prayers was further proof of its spiritual qualities.”  P.46 Black Gold…

Once established as a social drink, coffee proved to be economically lucrative.  Coffee beans became an important commodity and were traded through the fourteenth century Red Sea port of Mocha, Yemen.  For more than two hundred years Mocha was the primary trading center for coffee. The name Mocha became associated with the drink and is used today in modern coffee houses to signify a coffee drink with chocolate.

Born in Ethiopia, brewed in Yemen, by the 16th century coffee had spread to the rest of the Middle East, Persia, Turkey, and northern Africa. From there, enjoyment of the enlivening drink spread to Italy, to the rest of Europe, to Indonesia, and to the Americas.

The drinking of coffee quickens the mind, loosens the tongue and generally supports action. Envoys carried the drink between courts, sailors carried the drink between ports, and once developed as a drink, coffee houses opened to serve the public.  People in coffee houses  sometimes engaged in argument, but, unlike in public house where alcohol was consumed,  they rarely came to blows. Coffee Houses prospered.

Great ideas  that underpin our modern political and economic life were discussed and developed in coffee houses.   Business deals were made there, financial contracts signed and sealed. Lloyds of London, the mega insurance corporation out of England started with businessmen talking in Edward Lloyd’s coffee house in London in the late seventeenth century.   Coffee houses in Boston and Philadelphia entertained revolutionaries in late eighteenth century America. And in the 1960’s, coffee houses supported a growing American interest in traditional and singer/songwriter music.

Reading Antony Wild’s book carried me on an elegantly written journey through time around the world following the history of coffee and the places it has been enjoyed.

“One of the fundamental features of coffee is that it contains a mind-altering drug, caffeine. Thus its wholesale adoption, initially by Islam and later by the emerging mercantile nations of Europe, carries with it the intriguing suggestion that it was actually affecting the state of mind of entire populations and with it the evolution of national cultures,” Wild wrote.  Black Gold,  P.S. p.5, Fourth Estate publication, 2019

From ports to palaces and from fancy clubs to seedy dives, where people gathered, coffee was served.  Coffee houses were public houses, common ground, where all kinds of ideas could hatch.

“I’ll meet you at the coffee shop. We can make our plans from there.”

Today’s coffee shops and cafes often serve a core of regulars and a revolving clientele, as well.  Since there are a lot of people going in and out, and, since shop proprietors benefit from a comfortable and enlivening décor, it is regular practice for artists and coffee shops to collaborate.  Art on coffeehouse walls provides ambience for coffee drinkers and sales for artists.

I’d like to see my paintings on coffee house walls.

After long color work with chalk, pencil and watercolor paint in the Waldorf classroom, I’ve been painting recently with oil paints. Deliberate exercises with the healing powers of color, my oil canvases are best experienced in person.

I enjoy hearing what other people see in the colors that I lay out,  and I imagined visiting with friends in the coffee shop with my pictures on the wall when I got on the calendar for a show at  C’Ville Coffee in Charlottesville, Virginia, scheduled for early June.

In late winter I bold-stroked my Coffee House Show and through early spring focused studio time on a series of oil paintings that I looked forward to presenting to the Charlottesville coffee drinking community.

Then of course the pandemic arrived, and coffee shops were shuttered because places where people like to gather suddenly became dangerous places for more reasons that just the possibility of revolutionary discussions.

I checked in by phone to the coffeeshop in Charlottesville, since I seldom go to town these days, and I learned that though carryout  business had continued throughout, and indoor seating had resumed, art on the walls had been rescheduled and my June slot had come and gone.  I was told I ‘d be able to have my show on the walls next February.

Fortunately, my explorations with color on canvas show well as digital presentations.  And they work well as prints, either through my gallery at ArtPal or as tangible cards available for sale in the shop at Living Traditional Arts, with 20% of profits directed to coffee houses as a show of solidarity.  Coming soon to www.livingtraditionalarts.com.

The virtual show itself will be shown in my virtual gallery, just now opening at kwalterstudio.com.  At the same time, I am scheduling the real paintings for a trip into the real world, putting them on a Coffee House Tour, to be back in Charlottesville by February of 2021.  Interested venues can contact me at kate@livingtraditionalarts.com. We need to get together to talk.

I hope that my pictures can add background color to the important conversations we will be having in coffee houses and elsewhere as we sort out the ways and means of our new post-pandemic reality, sure to be open for business one day.

Roll back the tape: 1960, Cincinnati, Ohio, 3 am. My upstairs bedroom.  Headphones on, I’m squinting in the dark at the lighted dial of my Hallicrafter S-38e short wave radio, with a Q-multiplier attached that I built from a Heathkit. The S-38e was produced from 1957 to 1961, making it the end of the Hallicrafters S-38 line of shortwave… END_OF_DOCUMENT_TOKEN_TO_BE_REPLACED

I climbed down out of the Crow’s Nest and spent a recent Saturday afternoon worrying a pile of knotty red oak rounds with a maul and wedge, whittling them down to size for the wood stove. As I split them open, I enjoyed seeing the beautiful swirling grains in the wood, exposed to the sunlight… END_OF_DOCUMENT_TOKEN_TO_BE_REPLACED 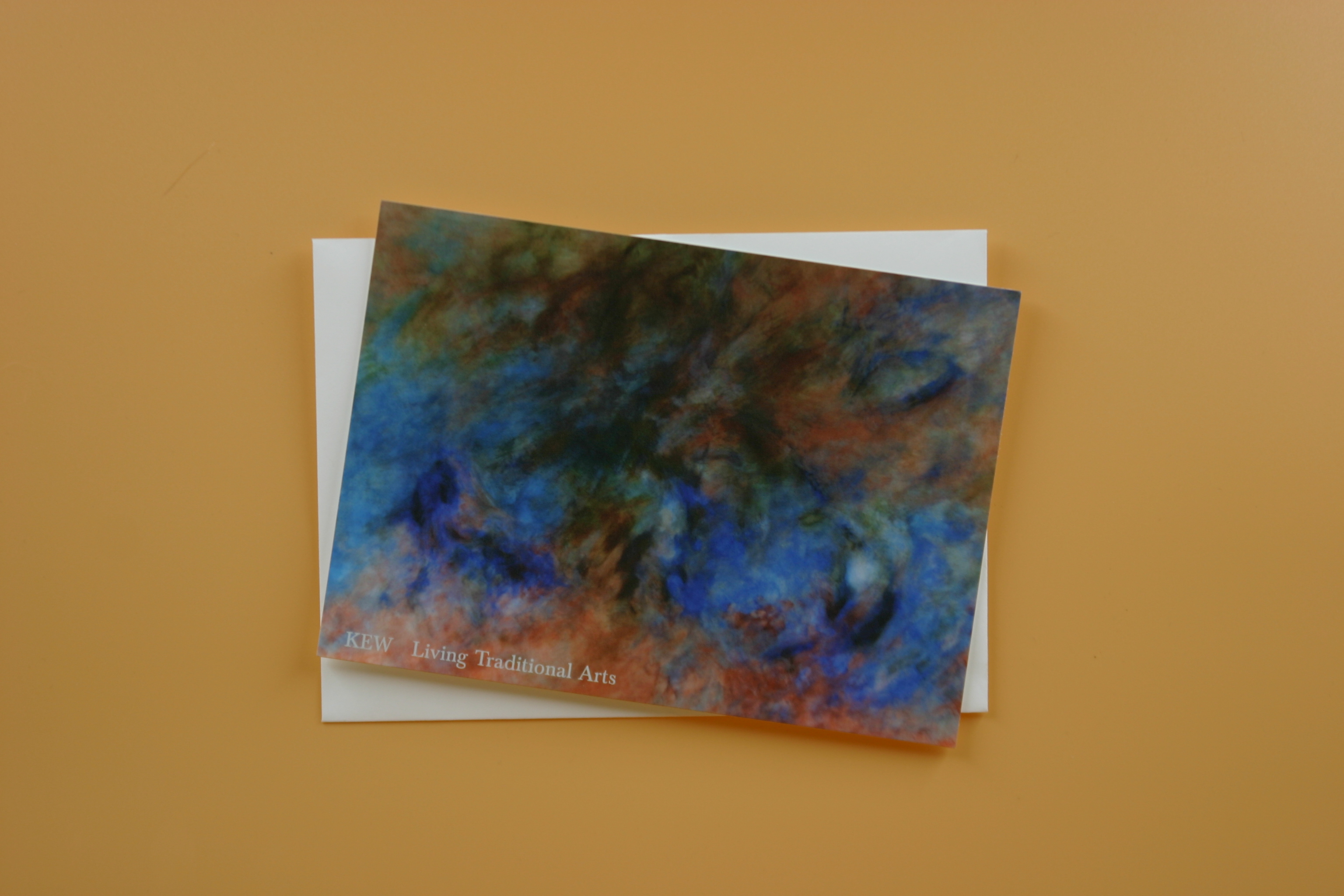