You are here: Home / Archives for Michael Wright 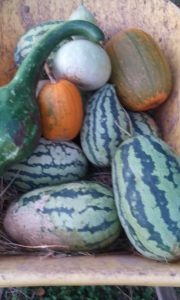 A Glance into the World of Gourds

My interest in gourds began when I was introduced to the axatse, a rhythm instrument used in West African drumming ensembles. The axatse is a dried gourd that has been emptied of its seeds and covered in netting with small shells attached. When the gourd is shaken, the shells rattle and make a loud… END_OF_DOCUMENT_TOKEN_TO_BE_REPLACED 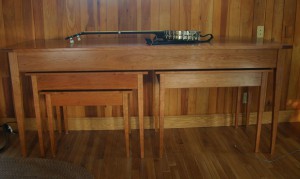 Tom and I stood in the middle of the room and looked up. The space was large and yet comfortable, defined by the wooden posts, beams, walls and trim. There was a warmth that filled the space all the way to the peak. I have spent many hours in this 20 x 26 foot timber… END_OF_DOCUMENT_TOKEN_TO_BE_REPLACED 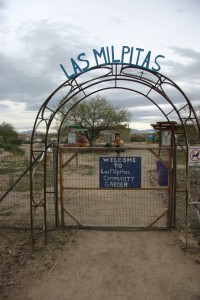 Teaching Moments in a Desert Garden

When I arrive at Las Milpitas de Cottonwood community gardens, Josh Banno and a group of students are already working. They had taken the city bus from their downtown high school as they do every Friday afternoon as an after school option activity to work on their small piece of ground in the larger community… END_OF_DOCUMENT_TOKEN_TO_BE_REPLACED 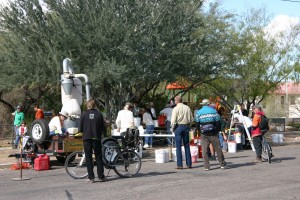 Nov 26, 13 Pedaling quietly down tree lined streets in the crisp autumn morning, we round the corner into Dunbar/Spring Community Park and meet the sounds of gasoline engines driving mills grinding mesquite pods. It is the 11th Annual Mesquite Milling, Pancake Brunch, & Fiesta at the Dunbar Spring Community Garden, Orchard and Mini Nature park in… END_OF_DOCUMENT_TOKEN_TO_BE_REPLACED 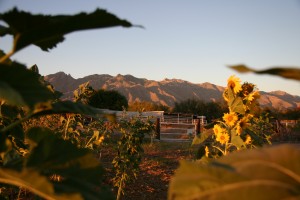 Urban farmers Jon McNamara and Emily Mabry operate River Road Gardens, a Community Supported Agriculture (CSA) project on the campus of the Tucson Waldorf School. The multiple beds of Jon and Emily’s farm lie on the south side of the school property, alongside a busy county road that is the major thoroughfare on the north… END_OF_DOCUMENT_TOKEN_TO_BE_REPLACED 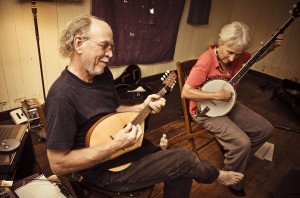 We appreciate the response to the cd Day Is Done. The idea arose three and a half years ago with the birth of our first grandchild and finally got off the ground with the birth of our second—lullabies.   Two of the songs, “The Riddle Song” and “All the Pretty Little Horses”, were recorded in… END_OF_DOCUMENT_TOKEN_TO_BE_REPLACED